Growing up, I have fond memories of my mothers aspirations of my becoming a dancer/ballerina.  Formal dancing was not at all what I was interested in.  I loved hip hop and other genres of music be it classical or jazz.  So, quite naturally while enjoying the tunes of hip hop, classical dancing did not fit.

I took a couple of ballet classes in my early years and was able to soon convince my mother that this was not for me.  Although I did not like to dance classically myself, I have always admired the art.  I remember getting all dressed up to go to the Kennedy Center in Washington DC to see the Alvin Ailey dancers as well as the Dance Theater of Harlem.  I would look so forward to that time of the year to come because I knew that I would be headed to see a performance.

I also have memories of being in the orchestra pit at The Duke Ellington School of the Arts in 1986 – 87 playing my Flute or Piccolo, and gazing at the beautiful dancers as they performed to the music that was being played.  There were times when I would head down to the basement where the dance department was to watch the dance instructor tapping on the toes of the young dancers as a disciplinary action with her cane.

There would be many dancers that would leave their studies at Duke Ellington and go on to perform with many well known companies like the Ailey Dance Theater.  Samantha Figgins of Washington DC, a current Ailey dancer who began dancing at The Duke Ellington School of the Arts would be one of said students. 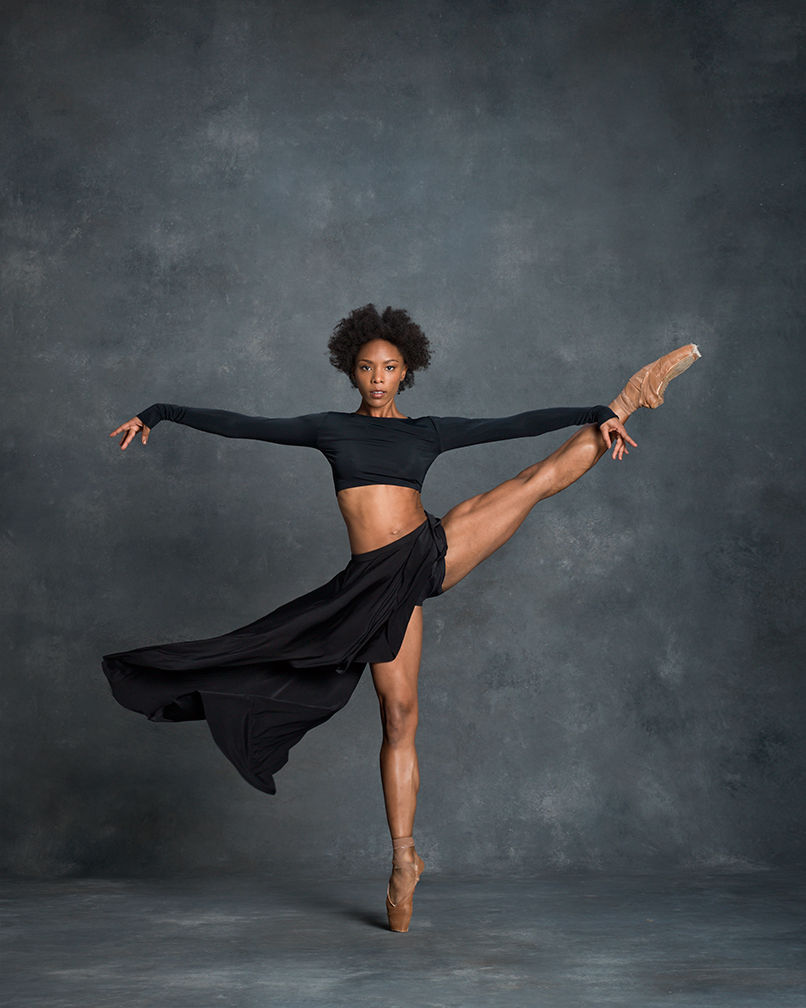 As I became an adult, I continued to catch a show here and there but was not quite able to attend with life happening around me.  After moving to Atlanta, I discovered that the Alvin Ailey company would tour and one of their stops would be her in the ATL.

In the past 3 consecutive years, I have been blessed to be able to attend a show and have enjoyed each one as if it was the first show I had ever seen as a little girl.  I have written about all that I experienced in the most recent show and I hope that you will join me in the memories of Alvin Ailey.

Alvin Ailey was born on January 5, 1931, in Rogers, Texas.  Mr. Ailey was introduced to dance in Los Angeles with performances by the Ballet Russe de Monte Carlo and the Katherine Dunham Dance Company.  A gentleman by the name of Lester Horton was the founder of one of the first racially integrated dance companies.  As Alvin Ailey embarked on his professional career as a dancer, Horton was one of his biggest mentors.  Lester Horton died in 1953 and Alvin Ailey soon became the director of the Lester Horton Dance Theater.  After performing on Broadway for many years, Ailey would go on to create the Alvin Ailey Dance Theater in 1958. The Alvin Ailey American Dance Center now know as the Ailey School was formed in 1969.  The Alvin Ailey Repertory Ensemble, now Ailey II, was formed in 1974. Throughout his lifetime he received numerous honors and awards, and in 2014, he received the Presidential Medal of Freedom, the country’s highest civilian honor, in recognition of his contributions and commitment to civil rights and dance.  Mr. Alvin Ailey died December 1st, 1989, and his legacy of greatness in all that he did lives on. 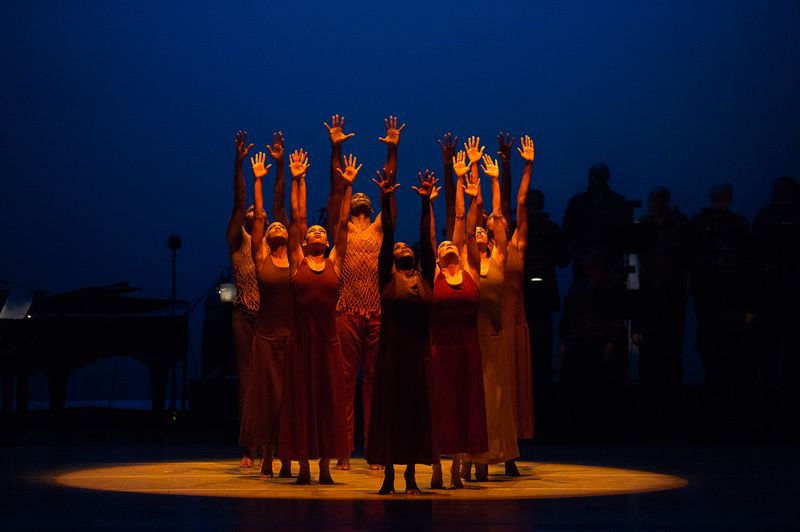 Judith Jamison joined the Alvin Ailey Dance Theater in 1965 and became a star.  The next 15 years with Ailey would offer some of the most enduring roles.  She would later go on to perform and soon start her own company, The Jamison Project.   In 1989 she returned to Ailey and he made her the artistic director.  Ms. Jamison would go on to take the company to unprecedented heights.  She would also later receive the prime time Emmy award for her outstanding work. Ms. Jamison was honored for her contributions to dance by First Lady Michelle Obama at the first White House Dance Series event in 2010 and the White House Black History Month event in 2016.  To this day, Ms. Jamison continues to dedicate her time to the performing arts, and has continued to promote the greatness of the Ailey legacy. 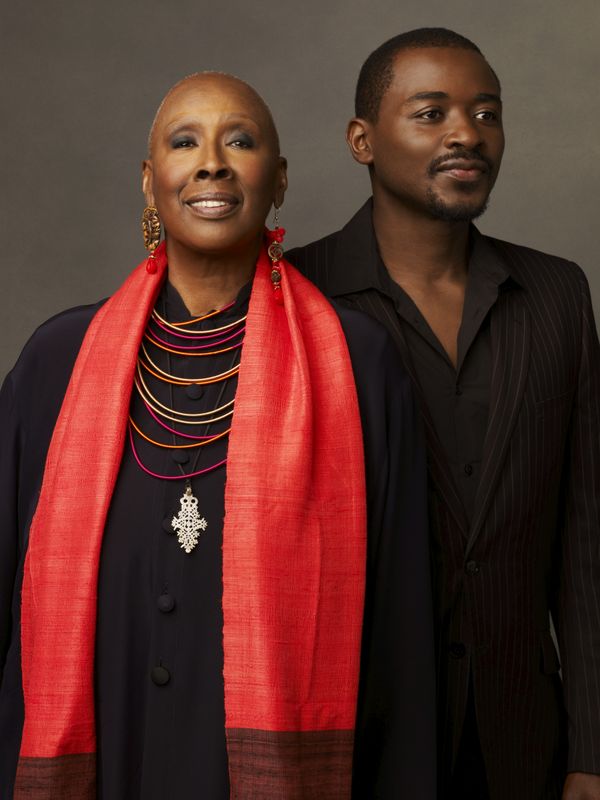 In July 2011, Mr. Robert Battle became the artistic director of the Alvin Ailey Dance Theater, making him only the third person to direct since the company had been founded.  Since 1999, he was a frequent choreographer and artist in residence.  Mr. Battles journey in the modern dance world began in Miami.  He studied dance in high

school prior to moving to Miami’s New World School of the arts.  He would soon enter into the dance program at the Julliard School of the Arts.  In 1998, Mr. Battle founded his own Battleworks Dance Company.

As I reminisce on all of the great shows that I have been able to experience in my lifetime, Alvin Ailey has inspired me the most.  The sheer talent and discipline of the dancers and the dedication to what they love the most.  Knowing the history of this talented company and the growth, and also knowing what their talent offers to young and aspiring dancers is a constant reminder of how we all can do what we love and be blessed with the talent that GOD has provided.  I thank you Mr. Alvin Ailey and all of you that continue to spread his legacy on.

I watched, I cried, I smiled, and I am so proud of all of the talent on stage before me.  There have been some changes to some of the performances, but one thing that will never change, and that is the performance of Revelations.  Always noted as an Ailey favorite.  Revelations is the show stopper that is performed in the last act.  As the curtain rises, the audience displays their familiarity of this well known performance.  The crowd cheers as the dancers begin.  So graceful as well as spiritual.  Uplifting everything within me, and taking me back to my childhood memories sitting in the pew of a church.

I would encourage all that have had a chance to read my story to indulge in the story of Alvin Ailey and support the legacy by attending a performance in your town or city.

Many thanks to the Fox Theater, the Alvin Ailey Dance Theater, and Ms. Dawn Parker for making yet another memory that will last a lifetime.  As the dancers go onto yet another city, I wish them well on their journey with peace and blessing among them all. 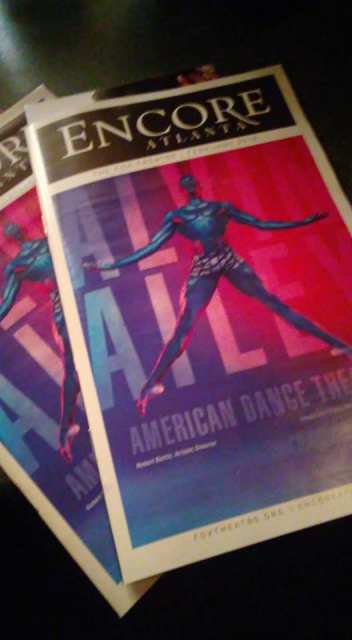